Yesterday, the Centers for Disease Control changed the Corona 19 response guide, shifting from containment strategy to damage minimization strategy. Patients with severe severity have been treated in hospitals, and mild patients have been converted to quarantine treatment at life treatment centers in public training centers.

In spite of his life and death, he was unable to meet the rapidly increasing number of patients every day, but now patients can be classified according to their symptoms and treated accordingly.

In order to ensure that the home health care center operates smoothly, we will form a “life care center operation support group” composed of 6 ministries, including Daegu City and the Ministry of Public Administration and Security, so that we can prepare and operate the home care center seamlessly.

In the meantime, we will quickly transport patients who are anxious and waiting on their own so that they can be treated in a stable environment.

On the other hand, in case of severe patients, we will promptly assign them to the local senior hospital so that they can receive appropriate measures in case of emergency.

The government’s response to the change is an inevitable choice to cope with the rapidly growing situation and lack of hospitalization.

Corona protection measures are a battle against time. The success of the modified countermeasures depends on the mobilization of facilities, personnel and supplies that the state can do in the shortest possible time.

I plead with the central government.

The government should provide preemptive and prompt support to make full use of the resources available to the state.

First, support the public training centers and large corporate training centers, which can be used as life treatment centers, even if the president’s right to order urgent orders is secured to secure more than 3,000 rooms as soon as possible.

I also appeal to the nations and cities of Japan.

Let me tell you about the status of confirmed patients.

As of March 2, 7:00 am, the number of confirmed patients in Daegu has reached nearly 3,000. The exact number will be announced after the official announcement by the Centers for Disease Control and Prevention.

Let me talk about the hospitalization measures and status of confirmed patients.

Let me talk about the health and care of our patients. 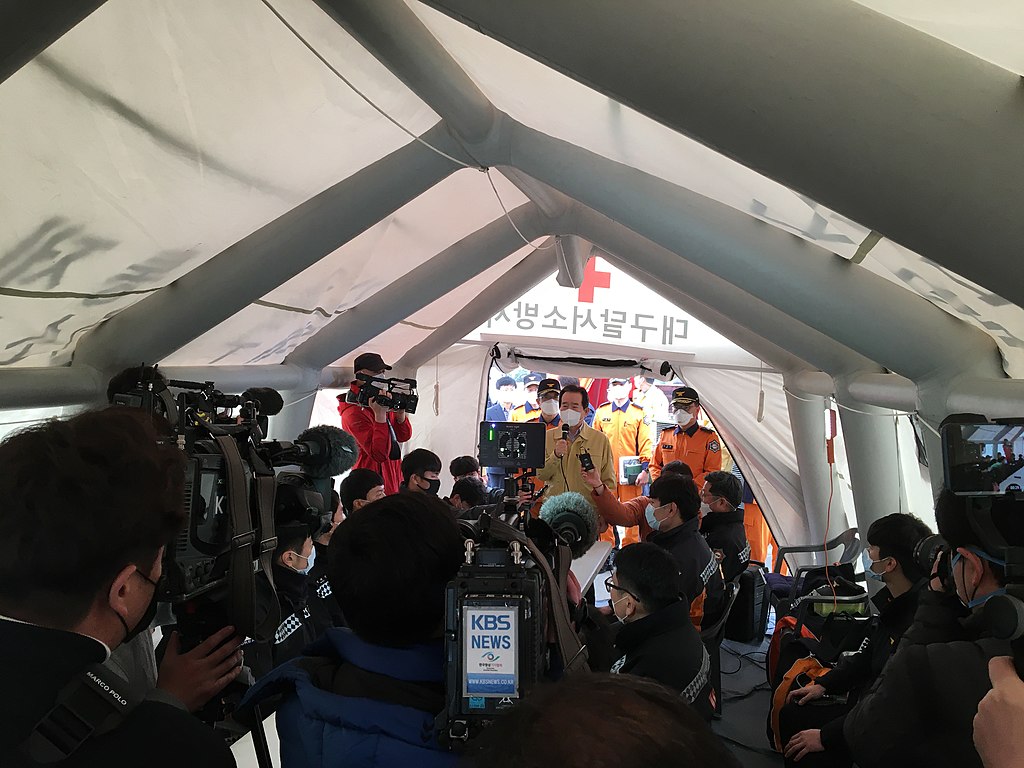 Yesterday, one patient was discharged (Kyungbuk National University Hospital 1), and seven patients have been cured in Corona 19 so far.

The detailed condition of the hospitalized patients will be explained by Professor Kim Jong-yeon of the Daegu Infectious Disease Management Support Group after my briefing.

Let me tell you about the peculiarities of the additional confirmers identified through the epidemiological investigation.

Yesterday, a nurse was dispatched to the National Transportation Rehabilitation Hospital, who was collecting samples at the Nam-gu Public Health Screening Clinic. Immediately, 129 employees at Nam-gu Health Center were inspected, and 10 people including public affairs and nurses who had close contact with the nurse were self-isolated.

In addition, the Nam-gu Public Health Center disinfected after dismantling and closed the day. In the future, we will decide whether to return to work based on the results of the inspection of the employees, and if the number of self-contained persons expands, we will request the Ministry of Health and Welfare to dispatch additional personnel.

In addition, we are in consultation with Nam-gu Office on the matter of transfer so that there is no gap in the work of the public health center.

As of March 1, 19:00, I will tell you about the current status of diagnostic tests.

Yesterday, 2,652 specimens were tested for diagnostic tests, of which 298 were tested and 2,354 were waiting for the test results.

I would like to talk about the Shincheonji Daegu Church.

There is a discrepancy between the number of Shincheonji members managed by various local governments, including Daegu, and the number of members received from the government.

The Daegu City, Ministry of Health and Welfare and the Centers for Disease Control will collaborate on individual lists and transfer the changes to the address, etc.To date, the number of Shinchon members in Daegu will be 10,555 (8,580 plus 1,975). It’s 303 more than 10,252.

In addition, as a result of investigating the self-containment of 303 additional identified individuals, we found that all of them were currently self-contained.

Meanwhile, the call was made with 88 out of 141 people whose materials were unclear until yesterday. The 53 people who have not been reached yet are being investigated by the police.

By yesterday, 46.1% of all members of the Daegu Church in Sincheonji had a diagnostic test, and 2,283 (68.1%) of the 3,350 who were notified of the test results were confirmed. As mentioned in the briefing yesterday, we will extend the self-isolation period by five days for members who have not undergone diagnostic tests, and all officials and military officials will take care of it as soon as possible.

Of the 42 facilities voluntarily reported by Shincheon-ji Daegu Church, 22 were first reported, the remaining 15 were identified and closed at the Daegu city level, and 5 new facilities. The five newly identified facilities are estimated to be homes and lodgings where more than ten members of the church are currently designated as self-contained residents.

Yesterday, actors Ji Chang-wook, Gold Class, Seoul Guarantee, and many other companies, institutional organizations, local governments, and the people have been able to keep warm touches. Thank you very much.

I am sorry and sorry that the lack of hospitalization prevented the diagnosis patients from waiting for themselves and getting proper treatment as soon as possible, and increased concerns about the infection in their families and communities.

Yesterday, however, the central government’s revised guidelines set the stage for resolving the situation.

Please repeat to the citizens.

The best way to prevent the spread of Corona 19 is to observe the rules of living of citizens. First of all, please practice social distance that reduces contact with the outside world for the time being. Stop meetings and meetings, and keep at least 2 meters away when talking to people.

Also, please follow the personal hygiene rules such as wearing a mask and washing your hands, and if you have a fever or respiratory symptoms, contact your local public health center or the Centers for Disease Control and Prevention (1339) first, and follow the instructions. Please receive.