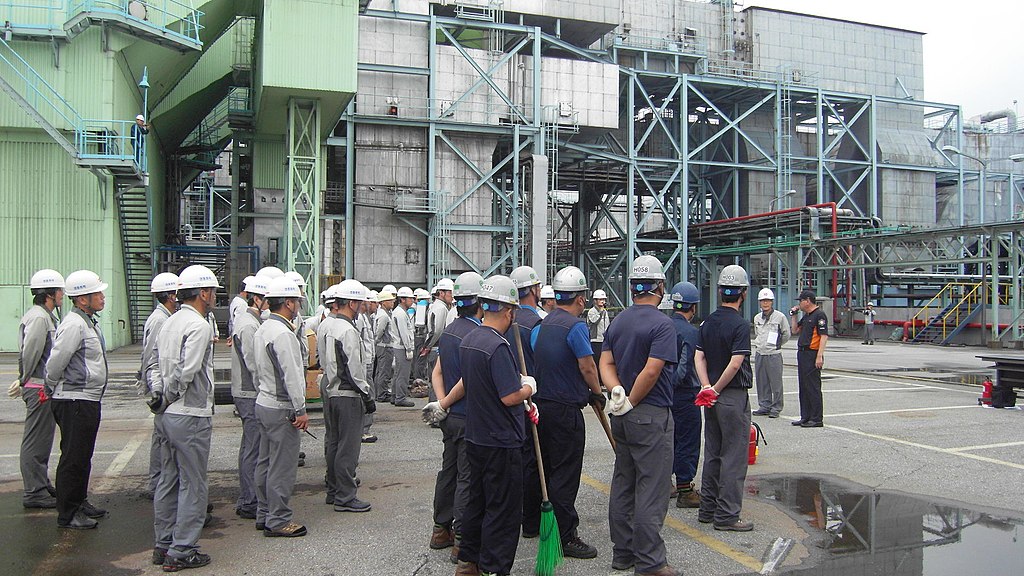 -Coexistence of power plants and underground facilities, its risks and countermeasures-

The words “world first” and “domestic first” always focus our attention. The first things or events that happened in the world, such as smartphones, cars, and airplanes, have changed a lot in our daily lives. Work is underway to obtain the title of “World’s First” in downtown Seoul. This first title gives us both excitement and fear. Boeing’s planes, a new era of civil aviation, also gave flutter to fly in the air, but they sometimes fear the crash. The same is true for the Seoul Combined Cycle Power Plant, which is being built for the first time in the city of Seoul. The opportunity to reshape the existing power plant image has been acquired, but there is a danger behind the first underground power plant. We humans have a “fear instinct.” Even though it is a very rare event, it is a tendency to think that it may happen tomorrow. However, there is a job that uses this horror instinct. It is called ‘fire fighting’. The fire fighting organization always assumes the worst and develops a prevention and response plan. Even a building with the best safety verification in the world is just one object that can cause a fire. Therefore, even if the Seoul Combined Cycle Power Plant, which is scheduled for completion this year, is equipped with a proven fire-fighting facility, it will not be possible to avoid fires caused by the system and carelessness. Accordingly, this paper analyzes the risks of the newly built underground thermal power plant in Seoul and effective countermeasures in case of fire through the existing cases, and finds the risk factors of the Seoul combined cycle power plant based on them. We will set up scenarios and draw effective countermeasures accordingly.

The procedure and method of this study are as follows. First, the general status of the combined cycle thermal power plant in Seoul and the structural characteristics of the power plant. Second, the Seoul Combined Cycle Power Plant is a form of coexistence of power plants and underground facilities.

Third, apply the risk factors arranged through case drawing to the Seoul Combined Cycle Power Plant to visit the actual site, set up places and facilities that pose a fire risk, and create a virtual scenario to examine the fire pattern.
Fourth, examine the obstacles in response to the on-site response according to the virtual fire situation.
It proposes countermeasures, suggests legal and institutional measures, and finally, proposes technical measures that can be combined with technologies of the Fourth Industrial Revolution.

Ⅳ. conclusion
In this study, we examine the characteristics of the Seoul Combined Cycle Power Plant undergrounding project, which is built for the first time in the world, and set up a hypothetical fire situation by sorting out the risks inherent in power plants through domestic and overseas fire case analysis. Presented. In addition, it tried to suggest alternatives by examining the institutional and legal deficiencies related to fire caused by the new type of underground power plant.

First of all, the case study mentioned the risk of aging, carelessness and the facility itself as the main risk factors of power plants. Even with new and state-of-the-art plants, aging is inevitable over time. But the key was to look at the most vulnerable parts of aging, not just approaching aging. The case analysis showed that the fire between turbine and lubricating oil was the most frequent, and the transformer-related fire due to operator’s carelessness during the electric fault and inspection was also frequent.

Secondly, it is a power generation facility located in the center of the city, which implies a fire hazard.
There was a high interest in body fire fighting facilities. As a result, a firefighting facility called a waterproof gun was newly applied. Although there are no installation standards under the Korean Fire Protection Law, its effectiveness and risk have not been verified at the actual site. In this paper, we tried to prepare the utilization plan and countermeasure.

Thirdly, due to the nature of large-scale underground facilities, the importance of flue work in case of fire
It must be highlighted. As a result, large-scale self-commissioning facilities are installed, but it should be noted that this may also act as an obstacle during fire work. Accordingly, it is necessary to respond organically through real-time communication with the plant disaster prevention room.

Finally, it is of utmost importance to analyze the risks to the safety of firefighters that may be caused by the dangers of the plant itself. Unconditional entry should be avoided as the size of the plant or the fuel handled can lead to large fires or explosions. In addition, it is necessary to prepare safer and more effective countermeasures by utilizing the disaster robot technology suitable for the 4th Industrial Revolution and applying it in places where personnel cannot enter.

The Seoul Combined Cycle Power Plant, which is being built underground for the first time in the world, gives citizens the comfort of a park and cultural power plant on the ground and also poses a danger. The two-sidedness of the new is inevitable. However, if a firefighting organization that protects citizens’ safety is properly prepared and countermeasures are carried out, it can be reborn as a facility that can give citizens more comfort and benefits than fear.